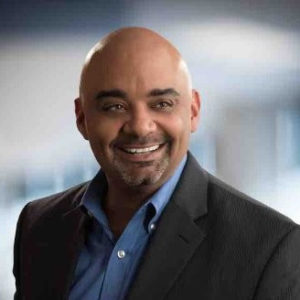 Broomfield, CO: SPI is excited to announce that nationally-known sales leader and DE&I expert Jay Graves has joined the organization as our new Vice President of Sales.

Before coming to Sales Partnerships, Jay was the Vice President of Sales for the US Roche Diabetes Care Division, where he was responsible for leading all field sales and sales operations functions. During his career at Roche, Jay developed leadership and mentor programs for new managers and senior leaders. Additionally, Jay spearheaded establishing a formal Diversity and Inclusion program spanning over 3000 employees, optimized talent recruiting and retention, resulting in lower turnover, and implemented culture change resulting in organizational excellence and increased profitability.

Jay’s commercial and organizational excellence approach has been featured in articles and interviews by Reuters Eyeforpharma, Healthcare Sales and Marketing, The Business of Healthcare, and Future Pharma.

Jay began his professional career in 1998 as an Intelligence Officer in the United States Army. He held multiple leadership positions and global deployments in the Army, including tours in South America, Central America, The Caribbean, South Korea, The United Kingdom, Jordan, and Iraq. As a Counter-Intelligence officer, Jay was trained on behavior science methodology that he later incorporated into his transformational leadership philosophy and mentorship programs.

In addition to his role with Sales Partnerships, Jay is also the founder of Pathfinder Business Consultants, a DEI and Organizational Excellence consulting firm and serves on several Boards.

A native of Raleigh, N.C., Jay earned a Bachelor of Arts in Political Science and Military Science from North Carolina State University and an MBA from the Kenan Flagler Business School at the University of North Carolina at Chapel Hill.